Saying 2020 was a surprising and challenging year would be an obvious understatement. While no one saw this year coming, there were still some positive advances made. Through it all, we still saw significant advances in the cannabis industry. This progress ranges from legislation on the state and national levels and sales that grew 38% from last year. However, if 2020 has shown us anything, it is that we still need to do better in the name of social justice. As we move on from this year, we must learn and grow from these experiences to make the cannabis industry more equitable and advantageous for all.

In November of this year, five states, including Arizona, Montana, New Jersey, Mississippi, and South Dakota, passed legislation regarding legalizing cannabis at some level. Arizona, Montana, and New Jersey specifically passed laws decriminalizing cannabis for adult use. These states already legalized cannabis for medical use eight, 16, and 10 years ago, respectively. Meanwhile, Mississippi legalized cannabis for medical use, with overwhelming support from citizens despite what their local leaders said. Lastly, South Dakota historically voted and passed both medical and recreational cannabis measures on the same ballot. They join 36 states who have passed medical cannabis legislation and 11 that have passed recreational laws.

These are all fantastic wins across the nation, passed with the help of passionate and dedicated cannabis organizers and community support. The victories we have seen in individual states this year are an excellent sign for success in 2021. Seeing conservative states like Mississippi pass cannabis legislation is an excellent sign of public acceptance and could mean similar states will likely follow. Industry experts also speculate that New York could be passing cannabis legislation in 2021 to help stimulate their local economy, bringing a considerable amount of cannabusiness and revenue to the state. The five states with newly legalized cannabusinesses will likely be making tens of millions of dollars next year, creating jobs, and expanding the already thriving cannabis industry.

Cannabis on the national level is a different story. Even with all of the favorable cannabis legislation being passed across the country, there is still a long way to go for cannabis at the national level. Cannabis is considered a Schedule 1 controlled substance, classifying it as “the most dangerous drugs of all the drug schedules with potentially severe psychological or physical dependence.” While most Americans and cannabis supporters know that cannabis is not a dangerous substance, this classification persists. However, there is some hope for those trying to reschedule cannabis.

This month, The House of Representatives passed the Marijuana Opportunity Reinvestment and Expungement Act (MORE) Act. The MORE Act is a bill that, among other things, would remove cannabis from the controlled substance list, reinvest in communities impacted by the War on Drugs, and provide expungement of past non-violent cannabis crimes. While it is still historic that the House passed this bill, it is unlikely that it will make it past the Republican Senate. There’s still hope, though; after all, 68% of Americans support the legalization of cannabis. If we learned anything from states like Montana, Mississippi, and South Dakota this year, the will of the people will outweigh outdated party positions.

While many states have now legalized cannabis for adult sales, there are still hurdles for these states with racial justice and equity programs they have yet to figure out. New Jersey was the latest state to get backlash for its lack of racial justice within the bill. The bill will mainly not allocate cannabis tax revenue to housing, education, job training, or health care for communities harmed by the drug war. Instead, the state is currently proposing cannabis tax revenue support law enforcement costs, a decision that is vastly unpopular among supporters of legalization and social justice.

We still have a long way to go with social justice reform in cannabis; even in successful equity programs, there are still flaws, and states are still learning how to deal with these new regulations. However, we are closer than ever to making the dreams of cannabis activists a reality. With incredible public support and legislation to back them up, activists at the forefront of the justice movement are working to make this industry successful and beneficial for all people.

If you’re interested in making a move to a career in cannabis, Growing Talent is here to help. With more than 25 years in the recruitment space for new verticals, Growing Talent is well equipped to help you navigate this budding industry. We’ll connect you to a network of top minds in cannabis today and help you find your perfect fit within the world of cannabis. 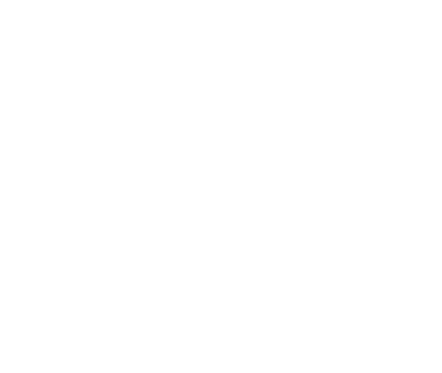